Communication has a large role in influencing how people make decisions. People develop opinions and sometimes these opinions become widely accepted, often disguised as facts. That is not to say that conventions are devoid of value entirely, but little new ground is ever struck by following old or worn paths. Great ideas and wonderful innovations have been produced by people who understand a certain way of doings things and then do the opposite. Processes or products are made to be refined as the needs of organizations change or people develop understandings of what defaults would lead to increased value if altered.

Going against the social norm to change something, even something as small as where office coffee cups are stored, is easier said than done at times. Often, people default to the conventional to make the decision making process more simple. Try and pinpoint some of these people as a beginning step toward recognizing when you are using these conventional thought patterns to make decisions. Ask yourself the following question when trying to brainstorm ideas about how to alter or change something: Does a product or process exist in any form because of any written rule or natural law demanding it to stay that way indefinitely?

If not, then it likely exists because 1) no one has thought of or articulated a logical change, or 2) because options for change exist, but popular opinion is opposed to such alterations, until they can be convinced otherwise at least. If so, then rules are made to be broken, or perhaps legislatively repealed or altered in a civilized society, and natural laws really only exist based on current conceptions of the universe; gravity all but ruled out human ascendancy into space, at least until multiple innovations and discoveries made space travel a reality.

The ultimate point is that no situation must remain static forever, although many people would have you believe that products, processes, or even ideas can and must exist in some form of permanence. Learn from the people around you. Understand what most people do, and then do the opposite, but not accidentally mind you. Do this with purpose so that you can learn from the result and apply any useable data to future situations. Developing innovative tendencies involves a fair amount of deviation, but a calculated deviation. Approach future situations with this mind set and dare to alter small parts of processes and products until you understand what is necessary and what could be, or should be, changed to make things better. Conventional people will certainly give you flak, but realize that they do this because your deviation from normal procedure makes these types of people uncomfortable. 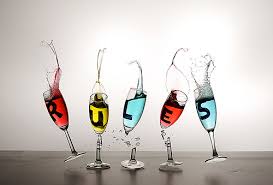 Become a Jack-of-all-trades
Specialization in a field or skill is certainly a beneficial characteristic in today’s modern society because of the raise in wages and social stature that are associated with such distinctions. But specialization also has its drawbacks. Focusing work and learning energy into a narrow field can at times make it difficult to see the rays of relevance that extend from that initial topic to other topics, or even the situation of the initial topic and related topics within a larger multidisciplinary system. Outright innovation within a specialized environment is also a difficult task because as  the focus of a group narrows, ideas become more entrenched within the social dynamics of an organization or group of people, making the idea of collaborative innovation a formidable achievement. 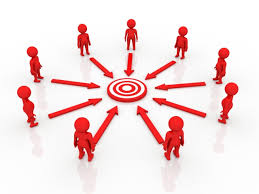 While some specialization is necessary for both social and economic reasons, and is even a great starting point for you innovative journey, your goal should be to understand your primary discipline, but also other related and even seemingly unrelated disciplines. A well worn adage state that you either know a lot about a little, or a little about a lot. We want to be in the grey space in between these two binary concepts.

Failure as an opportunity to learn

The most successful people are often also the most observant. They pay close attention to the world around them and begin to see patterns where other people see only confusion or randomness. As we navigate our day-to-day activities, our brain is constantly taking in information and making sense of the world around us. This serves both evolutionary and social functions. First, we take in all of this information about the people and places that we interact with frequently so that we can begin to build models, or schemas, of the world around us. This leads us to develop assumptions or expectations about our environment, which ultimately have helped the human species survive and flourish as long as we have.

However, once people develop these sorts of assumptions and expectations, they rarely look past them. We develop a sense of social comfort from these expectations, and it is difficult to move beyond these assumptions to new and groundbreaking ideas as long as we chose to ignore all of the things occurring at the peripheries of our environment. 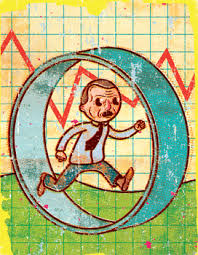 Failure, for many people, is a difficult thing to accept, perhaps because of the radically binary nature of Western thought: either you fail or you succeed; so often we don’t consciously acknowledge that grey areas in between these two opposites exist. However, failure itself should be our greatest motivator because it offers the opportunity to challenge some of the assumptions and expectations that we make about the world around us. Many people are unmotivated by failure, either scared into inaction by the thought of failing or frustrated into helplessness because they are unable to learn from this failure. Those who see failure as an opportunity to learn, however, are able to integrate this powerful mode of experiential learning into their daily lives to help break out of these assumptions that permeate the dynamics of personal and professional organizations.