Increasing Productivity with the Power of Observation

Over the last several centuries or so, humankind has undergone a radical shift that has redefined which biological traits determine success. For tens of thousands of years, success, both biological and societal, was determined, at least in part, by a person’s ability to produce physical work. However, for the first time in history, the average person’s economic success is no longer tied to what they can produce with their hands, but what they can produce with their minds. Although this may at first seem like a boon to our digital age mentalities, the facts of the matter are also rather disheartening if we view them objectively. While we read and process more information in a single week than many people in the middle ages processed in an entire lifetime, our attention spans have shriveled and our abilities to solve problems and think analytically have diminished as well. 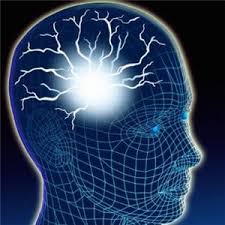 All of these facts point to the obvious need for an increased focus on individual cognitive performance. Conserving brain power for important tasks is the key to translating these mental qualities into physical results, and throughout this post I will attempt to outline some ways that we can cut through the onslaught of digital distraction and achieve better and more focused results based on the power of observation.

This is perhaps the most important piece of advice that I’ve ever stumbled across, and so it is also perhaps the most important piece of advice that I can communicate to anyone. We are more connected than ever. We can communicate across time and space, work from anywhere with an internet connection in some instances. But this increased connectivity has also bred the most insidious species of time wasters: Insert here any of the following: Facebook, Twitter, Pintrest, Email, SMS, et. al. (Disclaimer: I’m not suggesting that these things don’t have valuable applications, but they often, at least in my observation, have become the most popular ways to waste time)

The same connectivity that is able to amplify our productiveness also seeks to disrupt it by turning us into compulsive checkers: emails, status updates, text messages. I can still recall the tell-tale ding of my iPad before I shut off the email notification. I’d salivate like a Pavlovian dog at the sound, the thought of someone wanting to reach out to me, but more often than not it was either spam or something entirely non urgent.

Our first step in increasing our powers of observation is to note which things we do to produce an actual result and which things we do to avoid doing the things that will actually produce a result. Work should have a defined goal: I am doing action X to achieve outcome Y. Ask yourself the following question several times a day for a week and track any trends that you see arise: What am I doing right now and, more importantly, why? Our goal in this exercise is to define our methods of avoidance, and yes, we all have our own methods of avoidance. After we first define these trends of avoidance, we are then free to come up with plans to either eliminate them or contain them within appropriate time frames. When I completed my first attempt at this exercise, I was shocked at how much of my time was robbed by sheer compulsion. I had no legitimate reason for doing much of what I was doing, but nonetheless it robbed me of precious brain energy needed to complete other, more important, tasks.

I challenge everyone who reads this post to comment below during the next week to share their methods of avoidance. I will start by including some the habits that I have developed to avoid doing work.

5 thoughts on “Increasing Productivity with the Power of Observation”