The Possibilities of Human Networks

Most professionals can understand the value of of networking, but little is said about how we as humans interact and why these interactions can be so valuable. With social networks like Facebook and professional networks like Linkedin quickly becoming daily staples, it is easy to see how these types of connections impact us both personally and professionally. At the root of the issue, however, it is clear that the true value of these networks is not an intrinsic property of the media (Facebook, Linkedin, Twitter, et. al.). Rather, the true value that these companies, or any other network for that matter, command is directly related to the number of people it connects.

Using Metcalfe’s Law, a computer science principle that suggests that the value of networks grows exponentially as it gains new users or nodes, we can begin to understand the meteoric success of these start-ups. 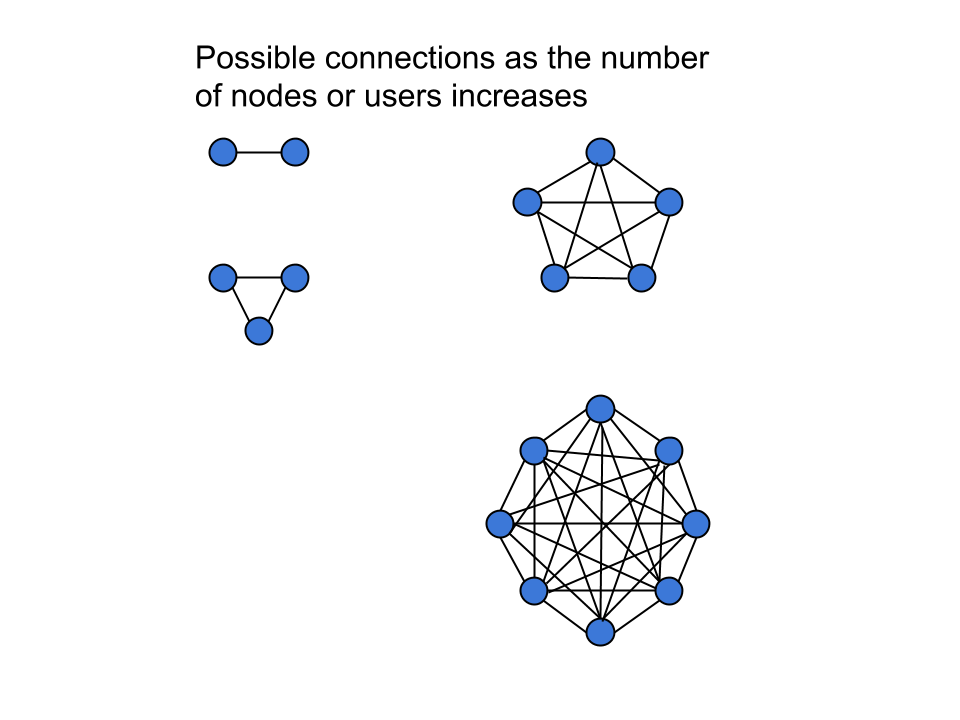 So, you may be asking yourself why this matters and how these principles apply to human networks. Think back to the last conference or networking event you attended. How did you approach the idea of making connections with people? Most people network by reaching out to individual people, perhaps making small talk about your different organizational roles and sharing business cards and contact information. Using traditional logic, we have made some valuable connections, but these connections are isolated and not nearly as valuable as they could be. 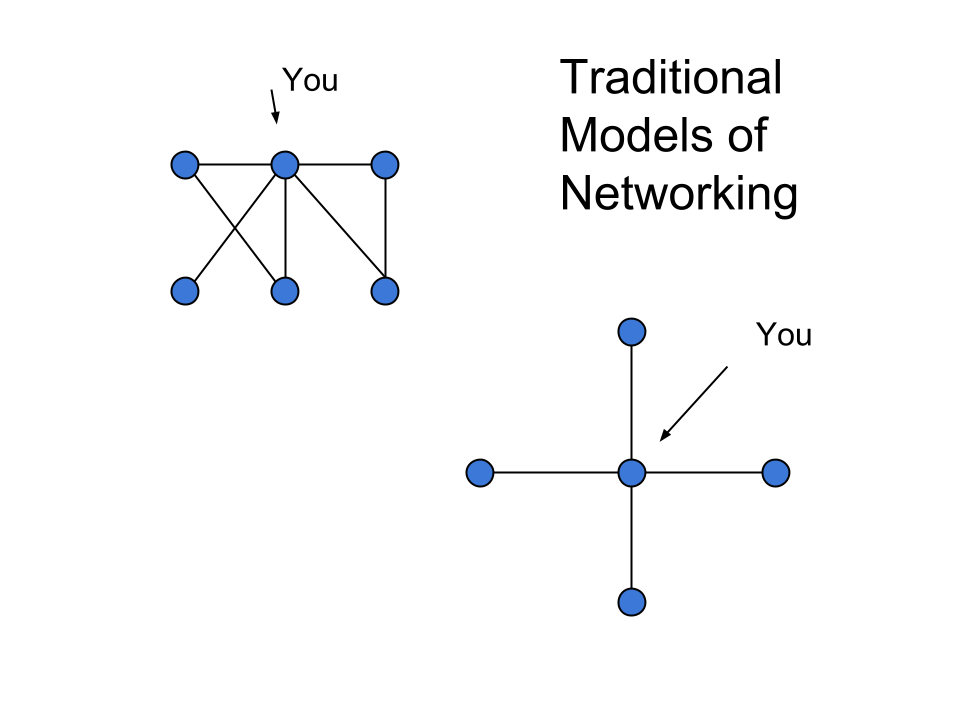 Take a look at the models of traditional networking in the image below. With you as the center of a network, reaching out to only other individual people, we can see that the value of our network as measured by total connections is relatively low. If you are networking in a disciplinary vertical, perhaps some of these people will already know each other and possess some extra connections organically, but don’t assume this is the rule.

From Theory to Practice

So, how can we reconcile these two conceptual models to leverage Metcalfe’s Law for our own purposes? If we understand the value of our own personal networks as a measure of the connections between the various nodes or users, then we must adapt our face-to-face networking practices to accommodate this shift. First, stop looking at yourself as the center of the network, as exemplified by the traditional models of networking. Instead, think of yourself as an integral part of a more complex and powerful whole. The network isn’t yours because you created it, as this is almost never the case entirely, but it is yours because you are an active member, equally connected to all of the other users.

For many people, this will require a shift away from the egocentric networking model to which most people are accustomed. Think about how you can create connections between OTHER people. Let’s say, for example, that you are having a conversation at a networking event with a colleague about a project that is similar to something that a division of your organization just accomplished. Instead of giving this colleague second-hand information about a project you had a small role in completing, introduce them to the person at your organization who lead the successful initiative. As we bring more nodes into the network, we increase our possible connections exponentially (in this case from the one possible connections between two people to the three possible connections between three people). As the information economy grows, low-level knowledge becomes less and less important because it is available so freely from digital sources. However, the ability to connect people and ideas has becomes increasingly more valuable for businesses and organizations for a variety of strategic reasons.

Although it is very easy for tech companies like Facebook and Linkedin to attach a direct monetary value to the size of their respective networks, it is infinitely more difficult to associate a concrete value to human networks. Determining the value of your personal network also requires a redefinition of some essential paradigms, mainly the notion that networking is primarily about self-promotion.